Each one prays to God according to his own light.
-Mahatma Gandhi

India, formerly known to the world as Bharat was once the land of rich culture and peace but now the second half has lost somewhere in the midst of personal benefits and high corruption. The land of varied diversity and culture has lost the flavor of unity and is now tearing apart from all the sides. The more we are developing, the more we are increasing the tension on the strings of beliefs which have been binding us from several centuries. The graph of “development” is strictly created with respect to the monetary matrices and nobody cares about the social factors that are hindering the progress several times faster than the rate of our so called economic development.  The leaders in this backward progress are namely self declared uneducated, greedy Gods aka “BABA” and our very own beloved publicly chosen politicians.  If we focus on these two sets of people we will understand that the one part is where we blindly believe to what they say and the next set is of the people whom we blindly vote.

The concept of God-man has now become a trend in the Indian culture. All you need to do is either predict some area where 1000 tons of gold is buried (Shobhan Sarkar) or just say declare yourself to be the sole bridge between eternity and life. (This list is long). We Indians are known to be desperate creatures in the west but only an Indian would know that a real Indian is most desperate to be follower of some random tea-selling person who claims himself to be God. We are not God loving people, we are God fearing people. But what is so special about these fake personalities? The truth is they have got just one main quality which is to hypnotize and charm people with their speech. This is more than enough to win the heart of a poor Indian who dreams of a better life every day and night. These babas just show us the dream we have in our sleep everyday and we get fascinated by them.  They not only play with the emotions and feelings of each and every man, woman and child but they also misuse their trust to further deteriorate the pillars of religious harmony. Moreover these babas have special affection for women. They sexually assault them in the name of “bhakti”. In fact, this can be declared as another trend going among almost all the babas.   They are a threat to civilized India. But who created this threat? Did it grow on its own? The answer to this is NO. It’s us, the blind citizens of this country who have allowed such morons to grow and expand under our spiritual gains and now we ourselves have become the victim of it.  We are so blind that most of us still cannot see the reality and continue to believe in such people. We come out in thousands to protect these people if someone tries to harm them. Our blind faith in them is weakening our entire nation and that day is no far when these people will be our new rulers. 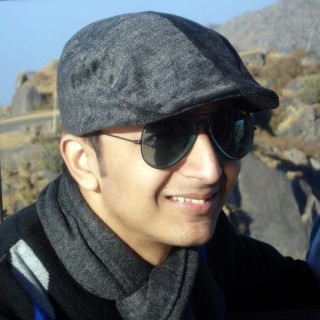